Giraffes Drawn By People Who Should Not Be Drawing Giraffes 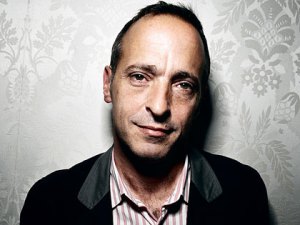 David Sedaris (web | wiki) is a comedian and essayist known for his numerous memoirs including Me Talk Pretty One Day (2000) and When You Are Engulfed in Flames (2008). His latest book is Let’s Explore Diabetes with Owls (2013). Even if you don’t know him by name, I can guarantee you’ve heard him on National Public Radio and This American Life.

I first read Sedaris’ work years ago when, traveling through Denver, I bought When You Are Engulfed in Flames. Passing through for a wedding and not feeling particularly social, I’d escape to my hotel room or an abandoned broom closet to read. Family hunted me down, telling me to put it away, but this only led me to smuggle the book around as illegal contraband. I’d hold it beneath tables and spend more time in the bathroom than was necessary.

By now, I'm sure your Facebook feed has been overrun with videos of friends and people-you forgot-were-friends participating in the ALS Ice Bucket Challenge. According to their own estimates, as of September 8, 2014, the ALS Association's raised over $111 million dollars, which is more than four times their annual budget. That's pretty awesome and it's going to do a lot of good. Much like a straight-to-DVD film with a title practically indistinguishable from a summer blockbuster, though, (I'm looking at you Transmorphers), the ALSA's success has not escaped imitation. It's unlikely you'll see your school president participating in any of the following, but they're worth suggesting. Here are the other charity challenges that didn't quite catch on.