Before there were cameras to document warfare, there were sketchbooks. So imagine then sketching a battlefield and, as smoke filled the air and bullets zipped past, trying to keep your pencil straight. This, though, was the experience of many artists, including Elijah Evan Edwards (1831-1915), who served as chaplain of the 7th Minnesota Infantry during the Civil War (1864-1865). The Minnesota Historical Society has three volumes of Edwards' journals, including a 1910 typescript he wrote synthesizing his pocket diaries from the war. In it he discusses daily camp life, the people he met, different battles, and so on. Besides being an invaluable, firsthand account of the Civil War, what makes the text rich is its being accompanied by several dozen sketches made from "hasty outlines finished from memory when I had leisure." "This is especially true of the battle scenes," he added, "since I had during the critical moments of the conflict neither leisure nor opportunity to make sketches." (p.1). It's these that distinguish Edwards' written account from others.

As part of a project I'm doing on the state of contemporary writing, author Mik Everett mailed me a copy of her book Self Published Kindling: Memoirs of a Homeless Bookstore Owner (2013). After reading it, I'm excited for what our generation has to offer the literary world. As Everett so clearly illustrates: we're one of dreamers and as we set out, so much of what we have to say will be about how we maintained this spirit while navigating the world given to us by our parents. (And if you've paid any attention to the news at all, it's not a great one). Written while living out of a broken-down RV in a Wal-Mart parking lot, Self Published Kindling is about Everett's experience running a Longmont, Colorado, bookstore that stocked exclusively self-published and regional books. Though the first store of its kind in the nation, Everett quickly discovers that few writers read and even fewer readers want books you can't find in a Barnes and Noble. She tries to mitigate this through author readings and art crawls, but everyone who comes in leaves empty-handed. Soon she and her partner, John, conclude, "Everybody's just here to pretend they support art" (48). If you're an artist who's ever tried to sell their work, you know exactly what that means.

As part of our "research" for an upcoming trip, my friend Elliot and I decided to read Alison Winfield Burns' Ivy League Bohemians (2015), a self-published memoir of her time at the Jack Kerouac School of Disembodied Poetics. While failing to deliver, it is a book I think ought to be on every Beat aficionados' radar … END_OF_DOCUMENT_TOKEN_TO_BE_REPLACED 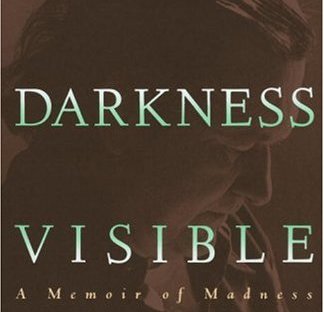 Suffering from depression and dwelling upon old memories of Paris, the author William Styron recalls a startling conclusion he had: "I would never see Paris again." Never again would he see the land Camus who, he notes, once wrote that the must fundamental question of philosophy is whether life is worth living. "This certitude astonished me and filled me with a new fright, for while thoughts of death had long been common during my siege, blowing through my mind like icy gusts of wind, they were the formless shapes of doom that I suppose are dreamed by people in the grip of any severe affliction" (28). Soon he would need to answer Camus' question. 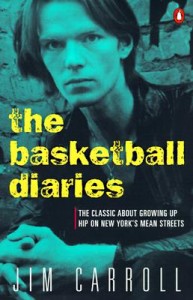 First published in 1978, The Basketball Diaries by Jim Carroll is a slightly-fictionalized account of growing up in New York City. Spanning the Fall of 1963 (when he was 12) to the Summer 1966, the reader follows Carroll as he wanders the streets, shoots heroin, and makes love. Although much has been made of his drug and sex life, which in fairness is most of the book, what's often overlooked are the themes that slowly rise from his experiences. Rather than being merely "the classic about growing up hip on New York's mean streets" (the person who wrote that should be imprisoned) it's an account of maturity - sexual, emotional, and even political. As these all run parallel, they soon converge at a point that transcends any one person's experiences: we are our lost innocence.