“A light seen suddenly in the storm, snow/ Coming from all sides, like flakes/ Of sleep, and myself/ On the road to the dark barn,/ Halfway there, a black dog near me.” – Robert Bly, from “Melancholia” in The Light Around the Body (1967). 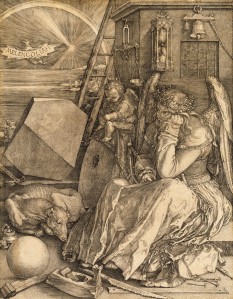 Famously, Winston Churchill referred to his depression as  “the black dog.” Sitting on his lap, it haunted him. Like in Bly’s poem, it followed him wherever he went, but even for hanging so close to his feet some say it helped him lead the nation through war. For being an image so closely associated with the former Prime Minister, it is surprising then that the image of “the black dog” goes back centuries.

In an essay published on the website of the Black Dog Institute, an Australian organization dedicated to “the diagnosis, treatment, and prevention of mood disorders,” Megan McKinlay traces the imagery of the “black dog.” First, she notes that the English writer Samuel Johnson became famous for the phrase after recording it in a letter to a friend, “… What will you do to keep away the black dog that worries you at home” (3)? This is not to imply that Johnson was the first to utilize this imagery – it’s just as likely that he was drawing upon a common metaphor that would have been familiar to his audience.

Going back further, the author does an excellent job of outlining the history of the “black dog” and how its origins fray where concepts of “darkness” mingle with the fear of melancholy, disease, and death — all while being projected onto “Man’s Best Friend.” For example, in English folklore (16th century) the black dog is associated with the devil but its associations with depression can be found in the poetry of the Roman poet Horace (c. 40BC) and Appollonius (c. 1st century AD). Furthermore, there is the role of ancient mythology. The association between the dog and the supernatural,

which sees the Black Dog appearing as one of the Devil’s guises, a witch’s familiar, as guardian or gate-keeper  of the world of the dead, … is both cross-cultural and ancient, a staple of Greek, Roman, Egyptian, Middle-Eastern and Norse mythologies. In a contemporary sense, this representation of the Black Dog emerges in literature in forms such as Goethe’s Mephistopheles, or Conan Doyle’s Hounds of the Baskervilles. (11).

So because the history of “the black dog” is an intermingling of concepts, the author concludes that there is no single point of origin. Ideas breed and interbreed, mutate, and evolve. What really matters, though, is not where a particular phrase originated but how it became embedded in contemporary language. Even if Churchill is not deserving of all the credit (some say he’s a plagiarist), it was he who elevated the image to its current stature.

[T]he Black Dog we know today is Churchill’s, and it is against his own personal history that it takes on its contemporary dimensions, re-configuring depression as something from which one can separate oneself, something to be named, lived with, transcended. (15).

19 thoughts on “The History of the “Black Dog” as Metaphor”