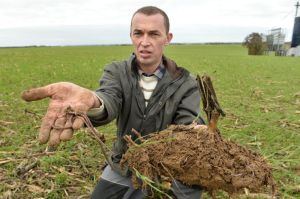 On May 18, 2019, I graduated from the University of Minnesota Law School — and after I put away my robes and medals and stacked my textbooks, I went through my papers to take stock of what, over the last three years, have gathered around me like fallen leaves. These include poems, short stories, and nonfiction (all in varying states of completion). One piece I found was a “biography of a book” I drafted about the poet Robert Bly’s The Light Around the Body (1967). In it, I discuss the process by which Bly wrote his National Book Award-winning collection and how it fed into his anti-war activism.

Although there are other projects I am working on right now, I will soon return to this “biography” — or at least turn it into an essay about political poetry. In the meantime I will continue to write about whatever catches my interest in the literary and archival worlds — which brings me to Bly’s dream diaries.

I’ve written before about Bly’s papers at the University of Minnesota’s Elmer L. Andersen Library, reflecting on letters from Bukowski, Keillor, and Holm and the importance of the diary. For scholars, Bly’s papers are a treasure trove of material regarding not only his poetry but his position as one of the most-consequential poets of the second-half of the 20th-century. When I was last there, I came across Bly’s dream diaries, which are scattered throughout his notebooks. Because of his belief that the subconscious communicated through the symbols of dreams, there is a weight to what he records. For example, in one entry dated November 31, 1968, he tries to predict his death:

I dreamt last night (after an evening of [???]) that I had arranged for Robert Frost to address a banquet over a loudspeaker (or radio). As the time came near, others (Lois, [???]) got the audience to singing songs. Time went by. Finally Frost had to go. I broke the news. I’m sorry but Mr. Frost is gone now. He had to leave at 5 minutes past 10. He put in his half hour then left. It was my fault we did not hear him.

This premonition of course proved to be false, but this anxiety and sense of failure reappears throughout. In another entry dated January 14, 1970, he wrote:

Last night I had a disturbing dream that left me with shame. It took place on a lake somewhere in the direction of Canby, and it was all connected very much with a package of Pall Malls, partly stepped down about halfway. The man was related to me by blood. We were in a boat—and I let him drown! Some pretty selfish impulse came the moment his foot started up—and he went over!

I said nothing, went home. Later my father—who was much like [???] at that moment—wanted to go there, because it was a Bly. Once there, we found letters for each of us, mine with a small band from an ice cream bar?—and somehow they knew it was one of the last things he touched. I was destroying evidence, at the same time I debated whether to confess “I let him drown!” “I let my brother drown, and did nothing!”

Now here is where I believe Bly’s dream diaries can be valuable for scholars: parts of his dreams enter his poems, albeit with some revision. One example I found of this came from an entry dated May 30, 1970, the imagery of which appears in his poem “Digging Worms.”

I was in a castle made of stone. I enter, know some of the workers. Then a fault of characters, an ill temper leads me to push one of them—at least I squeeze his arm. I think it is all bad karma. Things start to go wrong. I bring up the incline some sort of vehicle—the front part separates as I turn and go in. It is a rock. It rolls down a sort of tunnel like slope, and hits the rocks of a man working on the slope. I go down to apologize. “I’m sorry about that…” suddenly rocks come loose from the castle wall above him, and roll down. I see them hitting his shoulders. Somehow he survives. Then the whole castle wall comes down. They are rolling on me. Somehow they do not hurt, I am not crushed. But I realize that it is my fault that the castle wall has fallen. Or is falling.

Here is the poem Bly then wrote, which was first published in Old Man Rubbing His Eyes (1974) and later This Tree Will Be Here for a Thousand Years (1979) (see below for an analysis):

Here I am, digging worms behind the chickenhouse,
the clods fall open when I hit
them with a tine, worms fall out . . . .

Dreams press us on all sides, we stagger
along a wire, our children balance us
on their shoulders, we balance their graves
on ours.

Their graves are light. And we unwind
from some kind of cocoon made by lovers . . .
the old tires we used to swing on,
going faster, around and around, until

with one lurch we grow still and look down at our shoes.
Last night I dreamt my carelessness started stones dis-
lodging near a castle. The stones
did not hurt my shoulders when they hit and went through,
but the wall of the castle fell.

The poem begins in characteristic Bly fashion with a description of a scene from his farm. Here he is out digging worms, presumably for fishing, and is using a tool to break the clods of dirt. As he collects the worms and cocoons, he reflects upon parenting and how we protect both ourselves and our children. To Bly, we are like the worms in clods of mud — nestled in “some kind of cocoon made by lovers” — “press[ed] on all sides” by dreams. It is these dreams, lovingly given to us that help us keep our balance in life.

But this is a precarious balance, like staggering along a wire, and as parents sit on the shoulders of their children, the parents balance the “light” graves of their children on their own. It is here the experiences of the two diverge and with it how we can read this poem. From the perspective of the children, even if their graves are light for their parents, they carry both the weight of their parents and their own graves. It makes sense then that they might savor the cocoon, the dreams pressed against them that keep them upright.

Next, Bly compares the shedding of the cocoon to the unwinding of a tire-swing, which evokes the imagery of childish play. In this way, the spinning of the tire-swing may represent a maturation that can be disorienting and dizzying. When at last the tire-swing stops, the children look down at their shoes and, as they balance on the wire, see the chasm below and feel at last the weight on their shoulders. (Yet, we should not interpret this as the unique experience of the young. As Bly discussed in The Sibling Society (1996), one can mature at any age — and so it possible that just as children may discover the weight on their shoulders, a parent may look down to see their children beneath them.)

At last, Bly concludes “Digging Worms” with a reference to his dream about “a castle made of stone.” Although he recorded without commentary his dream of the falling walls (except to say that he “woke immediately, disturbed”), here it takes on a new significance. As Bly is breaking the clods of dirt and collecting worms, he worries about the weight upon his own shoulders and that of his children. His dream appears to tell him that his carelessness is causing the protective walls of the castle to fall, the lovers’ dreams to dissipate, the swing to spin, and the cocoon to unwind. While maturing is an important part of life, Bly worries that perhaps it is happening too soon for his young children. Perhaps he is unintentionally revealing to his children the weight on their shoulders, or worse, pushing them to lose their balance — which, like the weightless stones of the castle and the lightness of the graves, would hurt not him but his children.